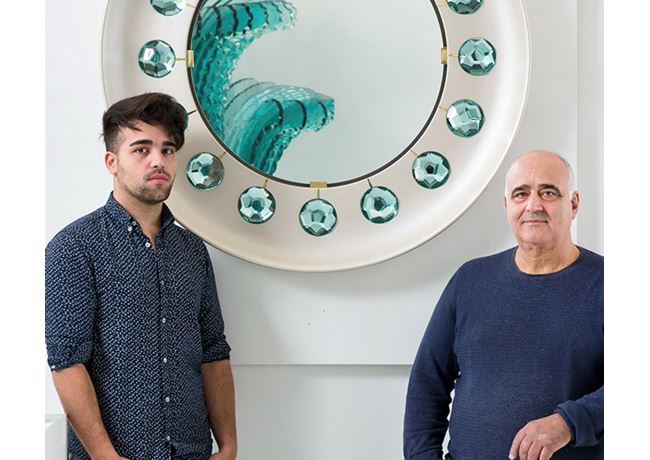 Born in Bari in 1957, Michele Ghiró developed an interest in glass as a child, and developed his artistic abilities while experimenting with the medium’s material properties and expressive potential. In 1996 he started working for the internationally renowned glass designer Giorgio Berlini, eventually taking over the company when Berlini retired. In 2004 he founded his own workshop in Milan which he conceived of as a ‘Glass Academy’, created to preserve the historical traditions and techniques of the craft. Here, he works with other artisans including his talented son Domenico to produce a range of pieces – some of which are monumental in scale. These are often created on commission for international clients and selected for prestigious shows.

Drawing inspiration from the animal and plant kingdom, with a traceable lineage to the Art Nouveau period, Studio Ghirò’s work is characterised by symbolic forms and sensual abstractions, and the objects they produce are as richly imaginative as they are technically refined. In 2011 Michele Ghiró won the Arts Award for Design at the Circolo della Stampa Milan and in 2014 an exhibition of his glassworks entitled ‘Splendors and Transparency’ was presented at Artestudio 26 in Milan. In 2014 Domenico Ghiró won the Arts and Culture XXVI 2014 award for best new artist.