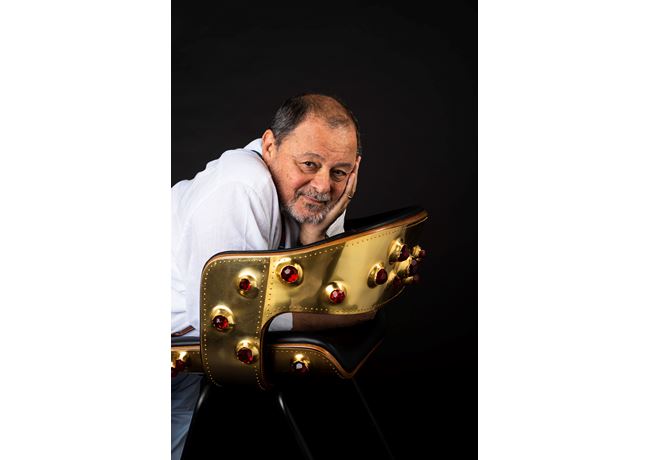 Roberto Giulio Rida was born in 1943 in Milan. His artistic tendencies manifested themselves from childhood, and his aunt, herself an artist, encouraged him to visit museums, churches and historical sites and, later, to attend the Brera Academy. After his military service he began trading in art objects, and moved to Venice, working as an antique dealer while simultaneously studying glasswork with the best Murano craftsmen. In 1973 he returned to Milan, where he specialised in 20th century art and design. In parallel, he began to create lighting and furniture decorated with cut glass and crystal.

Today Rida is an accomplished, atypical artist who creates a range of decorative objects and artworks. His understanding of the properties of glass and his breathtaking use of colour make his work instantly recognisable. Inspiration, for him, comes from sources as diverse as Science Fiction and the Italian Renaissance. His Trapeze mirrors epitomise his striking, architectural style and his brilliant craftsmanship. His work is highly collectable and is presented by a number of international galleries as well as at top art and design fairs in Paris, London and New York.