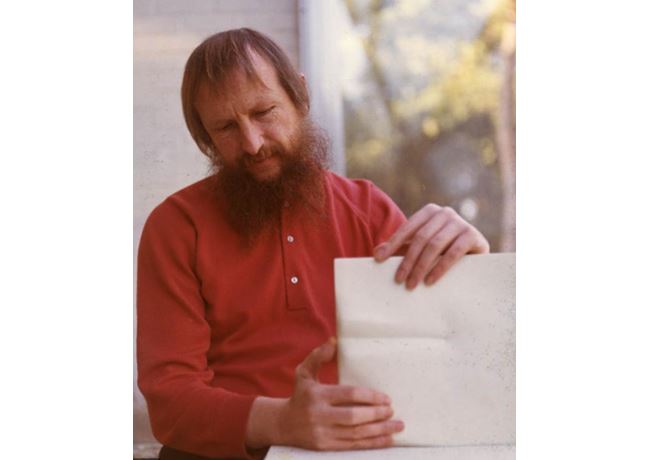 Jan Dries was a founding member of G58 and of De Nieuwe Vlaamse School. He gained renown in the 1950s for his sculptures which reflect his love of nature and interest in philosophy. His artistic approach developed through his photographic work and his experimentation with plaster before he began to focus on white Carrara marble. Light, geometry and balance are all crucial aspects of his work; each sculpture is both an artwork and a meditation.
In 1986 Dries received the Flemish Community Prize in recognition of his artistic career, in 1987 he became Knight in the Crown Order, and in 2016 he received honorary citizenship of the municipality of Zoersel. Works by Jan Dries can be found in museum collections and public spaces around the world, and have been purchased for private and corporate collections.